My first week with the Playdate 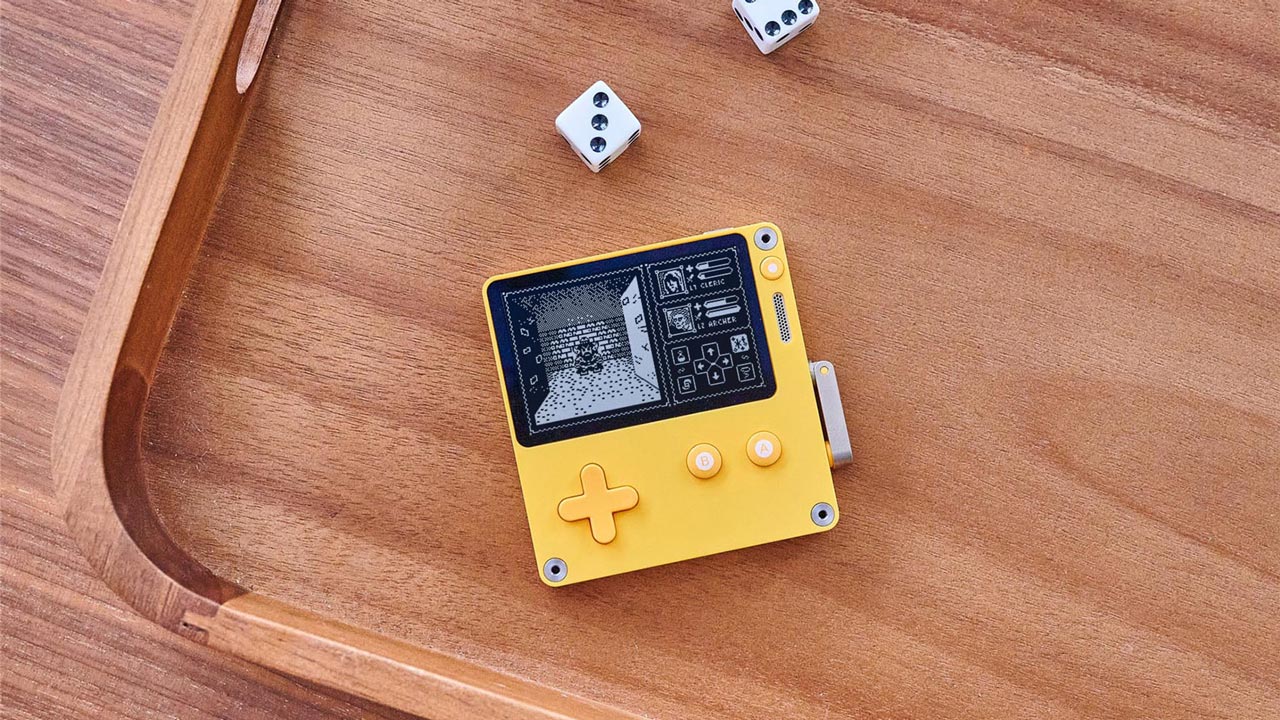 After nearly 18 months of ordering it, my Playdate has finally arrived. Initially, I was really looking forward to the thing but more recently, that interest all but disappeared. Unfortunately, although I now have it in my possession, I can’t really do an in-depth review. Considering it’s been available for more than a year, I only have a couple of games to play on it so far, and it’s not enough to give it a fair assessment. For now, I’ll just share my initial impressions, which I have plenty of.

This thing is small

Upon opening the box the Playdate arrived in, I could not believe how small it is. I was expecting a small unit, but I still thought it would be bigger than this. To be fair, it’s not a business card, but it’s pretty damn close. Not only that it’s also not that thick. The Playdate fits perfectly in a pocket, which helps with the portability I was wanting.

The rest of the unit is as expected. The screen is small, but not too tiny. The monochrome screen lacks a backlight, so you really need to play this in a decently lit-room. It doesn’t need direct light, so if you have something within an arm’s length or so emitting light, it will work. For example, my computer screen emits enough light that I can use the Playdate at my desk.

There aren’t too many buttons. You’ve got your D-pad, the B and A buttons, your lock button on the top, and a menu you button beside the screen. Plus, you’ve got its crank, which I’ll talk more about in the games section. There is no volume knob, so adjusting the sound requires you to go into the menu option and change it there. I do wish there was a bit more, but it’s not a dealbreaker. It uses USB-C for charging but you’ll have to use your own power supply (it does come with a USB-C to A cable).

I want to play games

Considering the Playdate has been available for over a year now, they are still incorporating a weekly release schedule for all units. What this means is that once you register your Playdate, you will begin a 12-week schedule where you’ll get access to two new games every Monday. The release of games seems to be the same for everyone. Meaning your first games are Whitewater Wipeout and Casual Birder.

In the beginning, I think this made a lot of sense. It would be odd to drop all 24 games to users right away. This encourages you to come back to your unit each week and see what’s new. However, those who’ve had the unit for a while have nothing new to play that’s officially supported. At the current shipping cadence, it looks like everyone who ordered a Playdate might not get their hands on one until probably May or June (approx 50,000 units were ordered at the time of this writing).

It also doesn’t sound like a Season Two of games drop is coming. On the flip side to that, people are developing games for Playdate and you can buy them à la carte. These vary from free to 10 dollars USD. It’s nice to see that people are supporting the unit in their own way. With so few games to try, I jumped on a few of the free ones to give myself more to play.

Of the free games I’ve played, most are pretty minimal. Sure, the Playdate isn’t a powerful unit, but the games that you can get for free are “homages” to classic games most will recognize. I played a Pong clone called Almost Tennis, Worddate is just Wordle for the Playdate, while Mr. Meanie’s Beanie Machine is just another match-four game.

The only game I’m really spending a lot of time with is Loopsy, which itself isn’t that original either. You’re taking pieces and trying to create looped objects. The more elaborate the loop you can make with the pieces you get, the higher your score. Again, not quite an original game but I am having fun with it nonetheless.

For me, the Playdate brings back memories of those “14-in-1” Tetris handheld clones that were popular in the 90s, especially in poorer countries. I had one of those when I visited family in the former Yugoslavia. I absolutely loved playing that thing, but the games were pretty basic and the 14 different games it claimed were pretty much a lie. Maybe my expectation of the games for the Playdate should be more realistic. It’s about portability rather than having a deep gaming experience.

Outside Loopsy, the only other game I’m actively enjoying so far is Whitewater Wipeout. To be fair, I actually hated this game at first. Every official Playdate game so far lacks proper instructions. It’s very much learning as you play. For this one, I had no idea how to control my player and I just wiped out immediately.

The crank is incredibly important. Your spinning controls your surfboard and how you earn points. Once I understood the mechanics, I was hooked. I was really proud of myself when I got to 100 points. Then I was stoked at getting 1,000 points. Now, I’m disappointed when I don’t get more than 5,000 points in a run. This isn’t a very deep game, but it’s addictive enough that I’m regularly coming back to play a few games.

The other first-week game from Season One is Casual Birder. This photo-taking story game isn’t bad. Again, doesn’t really explain too much to you early on, but I am also enjoying the crank mechanic. Here, you’re taking photos, and since it’s an ‘older camera’ you need to adjust the focus. So, you spin the crank to get the focus right and snap that great shot of a bird.

In week two, the game Crankin’s Time Travel Adventures exclusively uses the crank. It’s not a bad game but it takes a bit of time to understand why you need to time your cranks. The last game I played in week two was Boogie Loops. Unfortunately, it’s a music creation tool that lacks instructions and I didn’t bother playing too much to actually learn its mechanics.

I’m torn about recommending the Playdate after a week of owning it. For the $179 price point, you’re actually getting a decent deal. I tried imagining that the games cost between two and five dollars each. At that price point, you’re getting between 50 and 120 dollars worth of content. Obviously, it’s hard to pinpoint a price when I haven’t played all the games, so I could be overvaluing them. After I’ve had my chance to play all 24 games, I’ll do a follow-up post and give my final verdict on the Playdate.

Looking Back at Star.