This is part two in my mini-series as I play through my first ever experience playing FUT Champions, FIFA 21‘s competitive weekend mode. If you haven’t already, be sure to read part one, which covers the first day of action.

It’s now Saturday and after learning quite a bit on my first day playing FUT Champions. You would think that I’d address my weaknesses and maybe I could get a few more wins.

Just as I started Friday losing matches, Saturday was the same. Unlike the crushings I was getting, the three losses this morning were relatively close: 7-3 but they scored two late goals to seal the win; 2-1 with my opponent scoring late. The last match was a 5-3 loss after they took a four-goal lead.

I won’t mince words, I’m not enjoying FUT Champions. It’s not because I’m losing and have a 2-11 record. The problem I’m having is that FIFA 21 is not a fun game. I’ve known this for a while and yet I still log in almost every day and play. I am most frustrated with the fact that my passing and defending are garbage. I don’t mind giving up a goal when my opponent makes smart decisions. But, I am cynical enough to feel that most of the goals I’m conceding wouldn’t happen if my defense and passing were better.

Yes, most of the goals I conceded are from my fault. I’ll either make a poor attempt at a pass (my fault or the computer’s decision on where the ball should go) which leads to an easy scoring chance for my opponent. Or, my defenders will lose their marking assignment and the opponent will have a clear attempt on goal.

On the other hand, I can’t score goals because I’m just not getting the passes through. As I mentioned in Friday’s post, I am rarely getting over 80% passing. It happens but it’s more likely to hover around 75%. In a video game, that’s not good. I can’t make passes if I’m giving the ball away 25% of the time.

No better on Saturday night

I did get a win, it took Extra Time to get it but a wins a win. On the flip side, I also lost multiple games in extra time. One of the losses was after I started strong with a two-goal lead. However, once again my passing and lazy defending allowed my opponent to get right back into it. It’s frustrating and I’m not having any fun. I am ready to give up with almost 20 games played.

A 3-16 record is disappointing because I feel as though had I played earlier in the FIFA 21 cycle, I’d do much better. I’m facing players with significantly stronger sides. Even with my strong sides (all rated above 87), I just can’t play how I prefer to play. It feels like you have to play FIFA 21 a specific way and I’m just not used to that. My frustration is making me not want to play anything on Sunday.

But the worst part of Saturday’s play, Of the nine matches, I faced off against the same person multiple times. These weren’t right after the other but over the course of the day. I was struggling at times to find a match but then to get the same players on multiple occasions is frustrating. Is the player base on Xbox Series X that small?

From what I could tell, I was matching up against players from Mexico, so if the game is region locking me to only those in North America, then I’m not sure what I can do. I would think that on a Saturday night, I would match up with more people. Instead, I’m giving it a few attempts to find an opponent, then moving on to something else.

On FIFA’s subreddit, people say that Weekend League is based on Skill Rating. If that’s the case, playing the same person multiple times shouldn’t happen. If wins move you up and a loss moves you down, then it should be tough for me to match up with the same people. I am curious if this is a problem other people face similar match-making issues.

Why even bother? My Sunday

On Sunday, EA had problems with their servers in the morning, so I couldn’t play. Once it got working, it didn’t make much of a difference. I would lose three games, and just get frustrated by my opponent’s play. My losses were 7-3, 4-2, and 9-2. Even in the close contest 4-2 loss, I never felt like my efforts were amounting to anything. For the last few matches, I was trying different formations. I was experimenting as much as I could in the vain attempt to find something that could work for me. Nothing did.

I had life stuff to do during the day, so I could only get back into Weekend League on Sunday night. Because of the earlier server issues, EA did extend Weekend League for the day, but I don’t think that will make much of a difference for me. I have about eight games left and it’s unlikely I will get matched up to complete the maximum 30. I still haven’t won my fourth game yet and that’s feeling less and less likely.

After many failed attempts to find a match, I got two in the early evening on Sunday. The first was a 5-2 loss that was close until once again my defense couldn’t properly man-mark and I gave up two late goals.

However, I would finally get my fourth win! It wasn’t pretty, I held a two-goal lead but it would evaporate on stupid defensive mistakes. My opponent would tie the match but foolishly tackle me in the box and conceded a penalty. Oddly enough, he did the same thing earlier in the match. I missed the penalty that time but this time I wouldn’t miss it again.

Monday to finish things off

So, with six games left to play. I’m at that point where the extra day could maybe afford me to win one or two more games. It’s a long shot but not impossible. I was still trying to get a few more games done on Sunday night but no luck. I would have thought that I could find opponents at 10:30 pm Pacific, but I was unable to match up with anyone.

Monday is a holiday in Canada, so I would have the time to play the final six games. The only hurdle was actually finding people to play against.

Be sure to check out tomorrow’s final chapter in my FUT Champions Adventure. Will I actually play 30 games in FUT Champions? Will I get to at least six wins? Only time will tell. 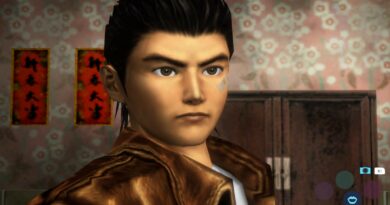 Looking Back at Shenmue II

Let’s Talk About What We Know Around NHL 21

Revisiting Alphaville in The Cub