My Most Wanted Games for the End of 2020 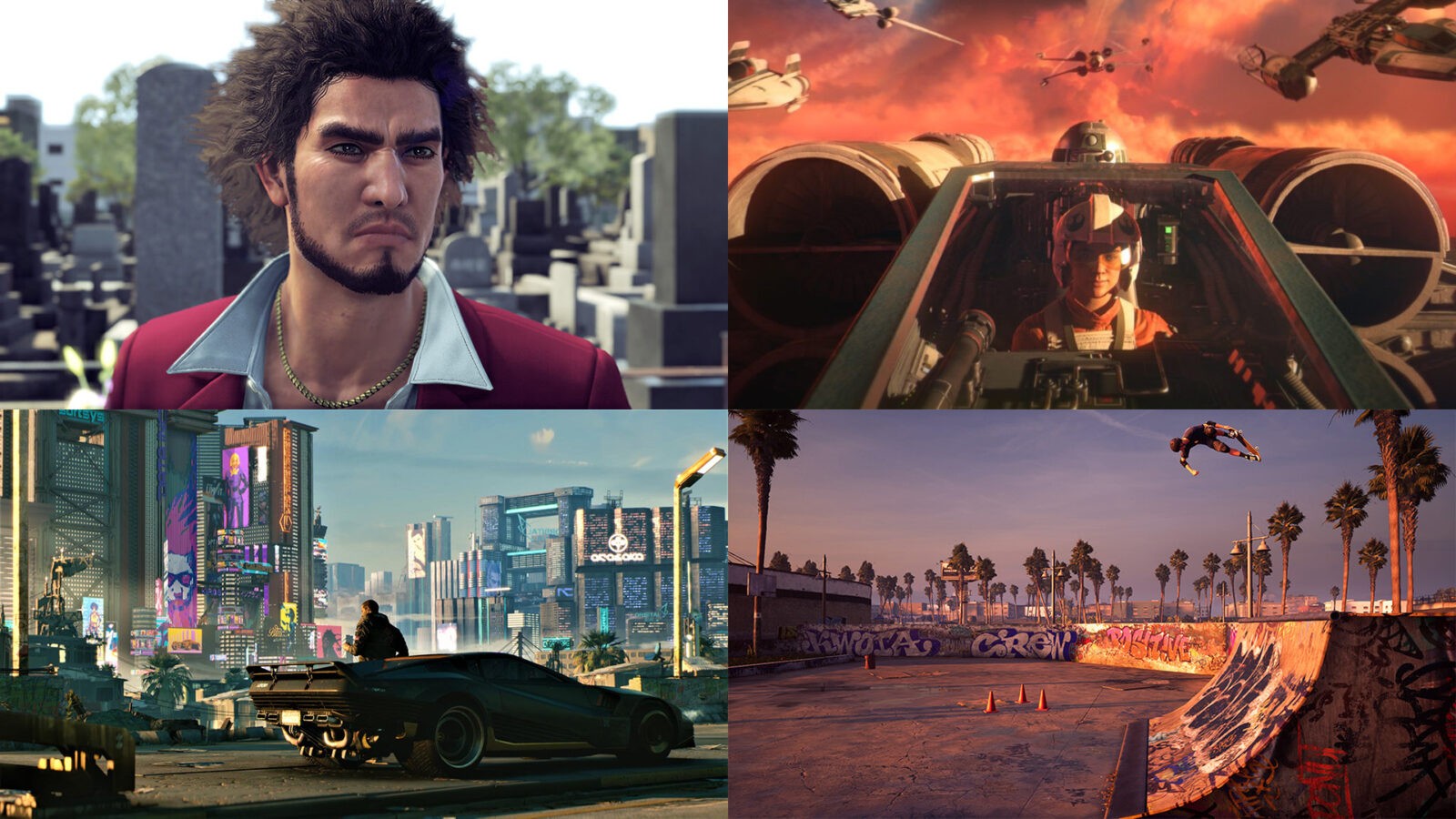 Around this time last year, I wrote a blog about the games I was most looking forward to playing for the tail end of 2019.  Now, I’m doing the same thing this year, highlighting some of the games I’m eager to get my hands on for the rest of 2020.

From what I can remember, I had a lot of games I was looking forward to in 2019 and there were plenty of surprises along the way. But for 2020, I don’t have the same anticipation. For my list, I struggled to list five games I was really looking forward to. So, I only have four games I can confidently say I want to play this year that hasn’t already been released. 2020 has been tough for everyone and with the expectations, we’re getting new consoles by the end of it, a lot of developers have held on to games to give their teams more time to work on them or just could not get them done in time to release confidently in 2020.

While my list below is short, that’s not to say that these are the only four games I want to play. I didn’t include sports games like PES 2021, FIFA 21, and NHL 21. One of the games listed below is technically a sports game but only in the fact that skateboarding is a sport. I am interested in Watch Dogs Legion and Assassin’s Creed Valhalla, but at the time of this post, I suspect one if not both will get pushed to 2021. While I’m curious about Marvel’s Avengers, it’s a game I think I’ll wait to hear what others have to say before I jump in.

Also, my list doesn’t include any Nintendo games. Bravely Default II looks interesting but I don’t think it will actually launch. Other than that, they haven’t announced anything major for the rest of the year. There could be a surprise announcement in the coming weeks for a late November launch, it would have to be something really big to catch my eyes.

Lastly, I didn’t include the Xbox Series X or the PlayStation 5 consoles on this list. I am looking forward to both but I don’t think I have the money to invest in either at launch, especially as neither have any must-own games coming out at the same time. I think for both consoles most people can wait until early 2021 when a proper slate of ‘games made for the latest console generation’ are widely available.

In any case, here are the four games I’m really looking forward to playing for the last few months of 2020:

The memories! Oh, the memories! I know other people feel the same way, but the THPS series meant a lot to me growing up. I had zero interest in skateboarding and never heard of Tony Hawk but the first game hit me like a truck and consumed so much of my life. At its peak, this series was a day one purchase for me. Everything I have heard about the remake game sounds like it’s going to scratch that itch I’ve been craving. Since this was announced, I’ve gone back and played some Skate 3 and even bought early access to Session. I have high expectations for this one and cannot wait to get my hands on it.

The early flight sim Star Wars games were how I was introduced to the franchise. I watched a friend play the X Wing and Tie Fighter games before I even saw the original movies. I also have fond memories of the Hoth level of Shadows of the Empire on the Nintendo 64 and wish I played the various flight combat Star Wars games that graced the different Nintendo consoles in the late 90s and early 00s. Even if I don’t touch the multiplayer component, I think will absolutely love the single-player portion. I also want to get this on PC, so I can try the game out on my Oculus Quest.

I’ve been playing a few of the previous Yakuza games for a while and with Like a Dragon moving focus away from Kiryu, I’m interested in seeing how that change plays out. The RPG elements of the game sound and look really interesting. Sega is putting a lot behind this one, launching it on PC, PS4, and Xbox One at the same time. Not sure where I’ll play it but I really like that they are trying to get more people into the franchise.

After playing through the indie game Cloundpunk, I am even more excited to see the world of Cyberpunk 2077. I’ve actually never completed a CD Projekt Red game, getting deep into them but unable to invest the 50+ hours to reach the end. I’m hopeful that changes with Cyberpunk 2077 and I’m excited to see more of this world. I already have this game pre-ordered through my Xbox One X and with a 4K monitor, I also suspect this one is going to look really nice (I would play it on my PC but I don’t have a monster Graphic Card and don’t have the money to invest in one right now).

So that’s my list. Four games I really want to play and expect to spend some significant time with this year. I am hopeful we get a few surprise games before the end of the year. Even if we don’t, these should tide me over and I still have a few games from earlier in the year that I should get around to playing (including Ghost of Tsushima and Final Fantasy VII Remake).