The FIFA 23 Trailer is the definition of Hype 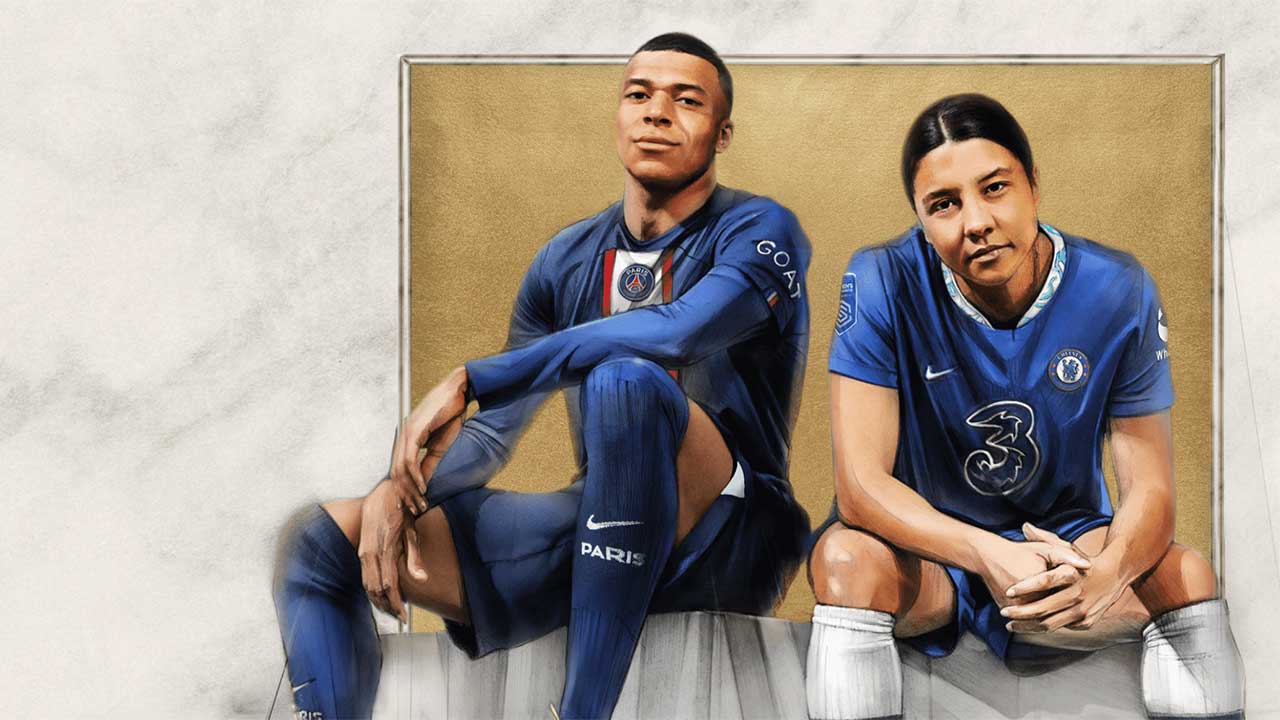 Talk about hype. Today, EA dropped the first look trailer for FIFA 23 and I just had to write about it. A lot of things that we were expecting were featured in the trailer, including content around both upcoming FIFA World Cups and the inclusion of women’s club teams. But outside that, this was a two-minute sizzle reel that only glosses over what we can expect this September.

Looking at the FIFA 23 Features page, they start off by revealing that the game will include content around both FIFA World Cup Qatar 2022 and FIFA Women’s World Cup Australia and New Zealand 2023. Other than that, we don’t know anything more. Based on the small paragraph around this, both will be post-launch content updates.

My guess is that we aren’t getting a Road to the World Cup Mode. Instead, we’ll probably have some World Cup-specific FUT Content and a very basic World Cup tournament. Meanwhile, I’m curious if they’ll get all 32 Women’s national teams into the game. Also, with the Women’s World Cup happening in June of next year, its content will drop in April or May of next year and might not get the attention it deserves as the game winds down in active daily users.

I knew this was coming even before Chelsea’s Samantha Kerr was revealed as a co-cover athlete. The EA SPORTS FC teasers included women’s club teams, so it was either coming this year or next. Based on its small graph, we’re getting two leagues: England and France. That means we’re getting 24 teams and some notable players as well.

The only real downside here is that if it’s only two leagues. Some of the biggest women’s clubs like FC Barcelona and VfL Wolfsburg won’t be in the game. That also means there won’t be any sort of Champions League mode either, which would have been a huge selling point. We’ll get more on this in the future, but it’s a very disappointing introduction so far.

Cross-play is coming to FIFA 23 based on the console generations you have. Interesting here, Stadia and PC will be paired with PlayStation 5 and Xbox Series X|S users, which I wasn’t expecting. Most modes, except for Co-Op, will have this feature. On top of that, although this is enabled by default, we can turn this feature off if you want to restrict your matchmaking parameters.

Also, the FUT Transfer Market is now shared across all platforms, with the exception of PC and Switch. So, PS4 users might obtain an item listed from a user playing on Xbox Series X. I’m curious how the economy will work now. Will they make adjustments if they notice too many users on PlayStation are getting/selling special items over users on Xbox?

I wasn’t really sold on the Hypermotion Technology gameplay mechanic for FIFA 22. The more you played the game, the more you saw the holes in the tech and the frustrations it caused. Again, we don’t get any tangible information here, so we’ll just have to wait until they share more.

They quickly highlight that the Career mode is returning but not too much information. We’re getting stadium enhancements. I hope that means more variety in the crowd reactions and improved lighting and shadows as a match progresses. Pro Clubs and Volta are still in the game but no information on specifics just yet.

Info on FUT was limited. Sounds like they are adjusting how chemistry works, and we’re getting more Icons and FUT Heroes. News around FUT happens during Gamescom, so we’ll learn more at the end of August.

While I don’t believe the mode is gone, I think it’s probably not getting a lot of attention this year because of the World Cup focus. I’ve been disappointed with how they’ve implemented the competition in past years, so I am not holding out that we’re getting anything new.

This was a hype trailer, and it definitely hypes up a game that will frustrate me. I need to see more, especially Hypermotion Technology. I also want to know how they handle the FIFA World Cups. This is the last year with the FIFA branding, so do they go out with a bang or a whimper? As I learn more about FIFA 23, I will definitely share my thoughts here.

Looking Back at A.

Getting some work done.