Since getting back into playing Game Boy and Game Boy Advance games, I’ve struggled with the high price of older games. Supply and demand are making it hard to grow a collection. Just recently, I spend $150 on just four GBA games. I’ve definitely overpaid for stuff that wouldn’t be expensive if it wasn’t for the current retro-collecting climate. Thankfully though, I’ve appreciated saving money when I can buy the Japanese version over the English one.

When a Japanese copy is your friend

Unlike console gaming, the Game Boy and Game Boy Advance were never region locked. Because of that, you have more choice when it comes to collecting games. Obviously, most people will flock to get North American or European copies of games. If you’re willing to look past the language barrier, you can buy Japanese versions of a lot of notable games and save yourself a few dollars along the way.

The differences in prices vary greatly. Sometimes it’s only a few dollars, other times it’s much more. It really depends on the game and genre. I’ve managed to save a bit because I picked up the Japanese copy of most Nintendo first-party games.

Sure, you can buy the Japanese version of every game but some work better than others. The biggest hurdle is the language limitations. Buying the Japanese versions of any of the GB/GBC/GBA The Legend of Zelda games will save you a lot. Unfortunately, unless you can read the language or hold your phone over the text and use Google Translate, it’s not a fun experience.

There is actually a lot of English in Japanese games.

Outside of Adventure games and RPGs that you need to follow a plot, other games don’t need that much knowledge to enjoy. While these all have Japanese menus, it’s pretty easy to navigate. After a while, you start to recognize characters and you’ll be able to figure out what will happen if you press something.

Even with the Japanese menus, good portions of the games contain English text. For example, Pokémon Pinball’s in-game dialog pop-ups are all in English. Seeing the Japanese names of a Gen 1 Pokemon written out in English is pretty neat. Then you have something like Wario Land 3 which offers both English and Japanese dialog.

None of the JPN games I bought have been a challenge to play with. Puzzle games are another genre worth picking up if only available in Japanese. I’m absolutely loving Mario’s Picross 2. Even a game like Mario Kart Super Circuit is easy to play in Japanese. There are probably other genres that are enjoyable with little to no knowledge of Japanese characters.

There are more benefits to Japanese games

I only covered the cost-saving for buying Japanese games, but there is another major one for those that care. Japanese gamers take much better care of their games and it’s quite possible to get a Complete in Box (CIB) copy if you’re willing to spend a bit more. The Box Art of some of these games is really incredible and usually better looking than the North American equivalent.

My collection doesn’t contain any CIB copies of any Game Boy games. I’m currently fine with a stack of cartridges on my desk. But if you look around on eBay and even a few Asian-focus game sellers, you might have some luck finding some boxed copies of games. Some will set you back a bit but you might find a few “bargains”.

Pretty much filled up my collection

At the time of my writing this blog, I have over 30 Game Boy, Game Boy Color, and Game Boy Advance games in my collection. Over 20 of those are Japanese versions. I’ve considered getting a few more but I am happy with my current collection.

The biggest hurdle I’m facing is the more expensive games to add. I would love to get Metal Gear Solid (Ghost Babel) but the asking price for just the cartridge is unreasonably high. I also want to get Mario Golf Advance Tour but need to find it at a more reasonable price. The Zelda games are also way too expensive and I’m already enjoying playing Link’s Awakening on the Zelda Game and Watch. I did buy the GBA version of A Link to The Past, while I have all the other ones via the Virtual Console on my 3DS.

There are a few more Pokémon games I’d like to get but the asking price is pretty high. I have already spent over $150 dollars getting Pokémon Silver and Pokémon FireRed. The asking prices for Gen 1 and Gen 3 Pokémon games range between 80-200 dollars for legitimate versions. I just don’t know if it’s worth it at this point.

What’s next for me with portable gaming?

With all these games in my collection, I know I’m not going to play through them all to completion. I’ve played each one, some more than others, but I do have a few I want to dig deeper. I will try to report back over the course of the year on some impressions. Then, when my Analogue Pocket finally arrives, I’ll have a lot of games to play on it, which makes me very happy! 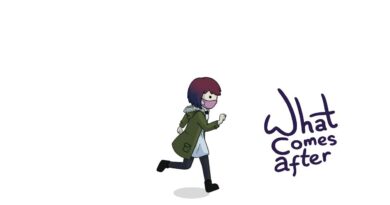 Looking Back – What Comes After

Revisiting Alphaville in The Cub